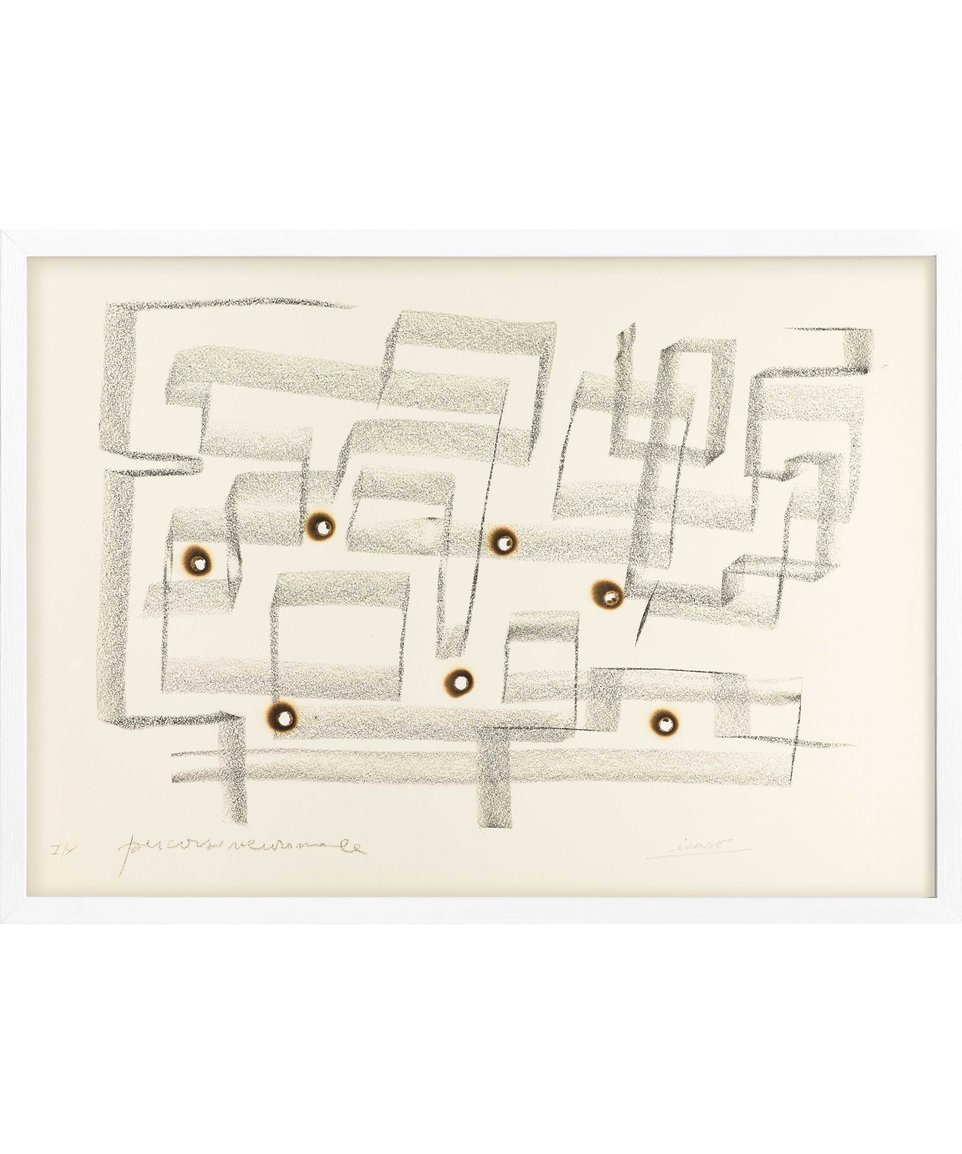 Point-blank holes on handmade paper and printing with pigment powder